​Stephen D. Sullivan to release Dr. Cushing’s Chamber of Horrors with Walkabout Publishing
Milwaukee, Wisconsin— After a lifetime of traveling with their father to collect bizarre and “spooky” artifacts, twins Opal and Topaz Cushing are finally looking forward to a summer at home in their rented Victorian mansion on the outskirts of London. That is, until strange things start happening in their little exhibit, and they soon find out the truth about things that go bump in the night.
Stephen D. Sullivan brings back the thrills and chills of the old horror movies in the newest title in his prolific career: Dr. Cushing’s Chamber of Horrors. This horror fantasy is set to release August 30, 2020 with Walkabout Publishing.
“Dr. Cushing is easily Sullivan’s best creation to date! Mixing the roller-coaster thrills of the Universal monster rally films like House of Frankenstein with the moody sexiness of Hammer’s 1960s gothic horrors, he throws in more monster fun than anyone has a right to expect! I’m ready for the sequel—now!” — Rodney Barnett, film scholar and co-host of the NaschyCast horror podcast
Sullivan’s latest release will be available at all major retailers as well as select indie bookstores upon release. His availability is limited to virtual signings, cons, and interviews until the current national pandemic crisis is contained. 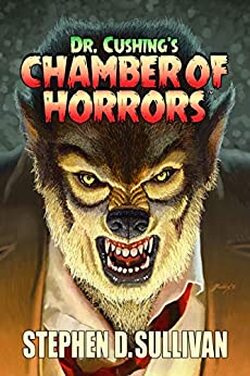 About the Book:
The monsters aren’t only in the museum!
Despite a lifetime of traveling with their father to collect strange artifacts, twins Topaz and Opal Cushing have never fully believed in monsters or the supernatural. Oh, sure, they share an eerie psychic connection, and their tarot card readings often come true, but… Werewolves? Vampires? Living mummies? None of those could be real. Those legends are just for rubes. Right?
Since the girls’ father has been away, though, strange things have been happening in the family’s little exhibit—and in the waxworks studio that shares their dilapidated Victorian mansion on the outskirts of London. Now, the twins’ dreams of a fun, romantic summer season are turning into a nightmare, and the monsters are running...
Dr. Cushing’s Chamber of Horrors!
​
Print Length: 437 pages
Publisher: Walkabout Publishing (August 30, 2020)
Publication Date: August 30, 2020
Language: English
ASIN: B08F13XKQG
ISBN-13: 979-8668896547
Pre-Order on Amazon: https://www.amazon.com/gp/product/B08F13XKQG 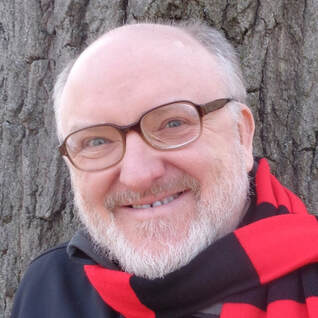 
​About the Author:
Stephen D. Sullivan has over sixty published titles to his name and helped create more comics and games than he can either list or remember.
A Scribe award-winner for “Best Novel Adaptation, 2016” with his book Manos: The Hands of Fate, Sullivan lives with his wife in a small town in Wisconsin.
You can contact him via Twitter, Facebook, Patreon, or on his website: www.stephendsullivan.com
Proudly powered by Weebly